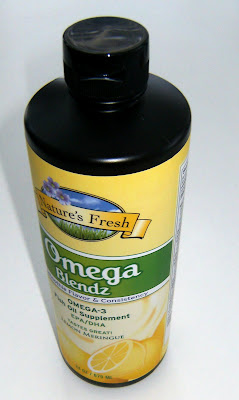 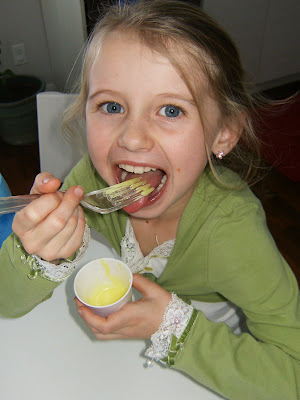 I have been studying up on fish oil ever since I got pregnant with twins. I had heard a couple years earlier that if you have enough fish oil during your last trimester, you won't have a colicky baby.

One of the biggest benefits of fish oil for children is for their brain development. Over half of the brain is made of fat.

From what I have read, omega-3 fatty acids help
My husband is a Psychiatrist and he often recommends taking fish oil (in addition to other prescribed medicines) for patients with ADHD, depression, or bipolar disorder.

We produce all the cholesterol that we need, but we do not produce essential fatty acids which include DHA found in fish oil. Yes, you can get omega-3 fatty acids from other sources that are not fish, but this is hard to do. The best source is cold water fish such as salmon, halibut and trout. Remember that kids, pregnant and nursing women should avoid large fish such as shark, sword fish, or mackerel. Large fish have a greater amount of mercury.

Other non-fish sources include nuts like walnuts almonds and flax seeds. Keep in mind that flax seeds are so tiny that if you eat them whole, they won't give your body nutrients. You have to put them in a smoothie in a powerful blender such as the vitamix, so buy flax seed meal and sprinkle on top of hot cereal or in a smoothie.

Another perk of fish oil is that it is a good source of vitamin D. After I had the twins, I researched about vitamin D in breast milk. We live in a very shady area, and I don't mean that we have a lot of crime . . . just a lot of trees. I was worried that the twins and I were not getting enough vitamin D through the sun. My husband and I didn't want to end up with babies that had rickets! I learned that if a mother is low on Vitamin D, then so is her breast milk. Vitamin D helps ensure that the body absorbs calcium and phosphorus, both critical for building bone. Laboratory studies also show that vitamin D keeps cancer cells from growing and dividing, and plays a role in controlling infections. As I researched ways to get vitamin D besides the sun, I found out that cod liver oil has vitamin D in it. The main difference between cod liver oil and fish oil is that cod liver oil has vitamin A and D in it. That worked out well, because about the same time I sampled this fish oil supplement at Costco that taste like lemon meringue (First ingredient is cod liver oil). So now everyone in the family has their lemon meringue fish oil each day. (I take it and then breastfeed the babies :) My kids love it so much that they remind me to give it to them.

My favorite way to get the fish oil is from the lemon meringue that I mentioned earlier. It is made by "Nature's Fresh" Omega Blendz. This is a drinkable approach to omega-3 fatty acids. What a great way to get kids to take it. NO fishy burps and tastes great. For my sister-in-law Jenny, click on the link and you will see that they also have a Vegan version of omega oils (she hates fish). Isn't it worth it to have your kids be smart, have smooth skin, healthy hearts, and be able to pay attention at school?
Posted by Lisa at 4:33 PM