Saturated fats not bad for you? 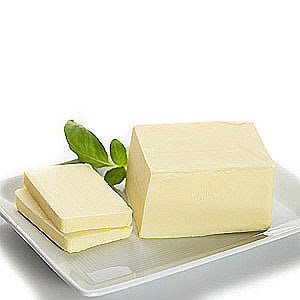 My mother-in-law forwarded this on to me. To sum up, several studies have been done that show that saturated fat doesn't raise your cholesterol, but in fact simple sugar, particularly High-fructose-corn syrup, does raise your risk of heart disease, cholesterol and type 2 diabetes.
I listened to a lecture given to med students that said pretty much the same things. The lecturer said that the study that showed that saturated fat raised cholesterol didn't cross reference the study, and they based their findings on other countries whose diets where low in saturated fat (think Italy, Japan), but these countries also have diets low in SUGAR!
So here is the link, and here is the article that I copy and pasted from that link.
You're correct that my thinking on saturated fat has evolved. One catalyst was a scientific analysis of 21 earlier studies, which showed "no significant evidence" that saturated fat in the diet is associated with an increased risk of coronary heart disease. The 21 studies analyzed included nearly 348,000 participants, most of whom were healthy when they were enrolled. They were followed for five to 23 years, during which 11,000 developed heart disease or had a stroke. Looking back at the dietary information collected from these thousands of participants, the investigators found no difference in the risk of coronary heart disease, stroke, or coronary vascular disease between those individuals with the lowest and highest intakes of saturated fat. This goes completely against the conventional medical wisdom of the past 40 years. It now appears that many studies used to support the low-fat recommendation had serious flaws.

In the meantime, as nutritionists have been recommending low-fat foods, consumption of added sweeteners, especially high-fructose corn syrup, has been steadily rising. This may be at least partially due to the fact that low-fat prepared foods are often highly sweetened. A study from Emory University and the U.S. Centers for Disease Control and Prevention published in April, 2010, showed that sweeteners appear to lower levels of HDL ("good") cholesterol and raise triglycerides. Both of these effects increase the risk of heart disease. What's more, through their direct effects on insulin and blood sugar, refined starches and sugars are more likely than saturated fat to be the main dietary cause of coronary heart disease and type-2 diabetes.

In addition, the findings from two other studies conducted by the Harvard School of Public Health on the health effects of dairy products are intriguing. One found that consumption of low-fat dairy foods contributed to infertility caused by failure to ovulate, while consumption of full-fat dairy foods may help the problem. The second showed that drinking skim milk was associated with a higher incidence of acne in teenage boys.

Given the results of these studies, I no longer recommend choosing low-fat dairy products. I believe the healthier choice is high-quality, organic dairy foods in moderation. My personal choice would be high-quality, natural cheese a few times a week. I don't advise eating saturated fat with abandon, because the foods that are full of it (salty bacon, conventionally raised beef, processed cheese) are often not the best for our health. Try to limit it to about ten percent of daily calories. You may choose to use your "budget" of saturated fat calories on ice cream, butter or high-quality natural cheese, or even an occasional steak (from organic, grass-fed, grass-finished cattle, please). I still recommended skinless chicken and turkey because poultry fat (concentrated just beneath the skin) contains arachidonic acid, which promotes inflammation. I also still recommend strictly avoiding foods that contain chemically altered fats (such as hydrogenated vegetable oils found in many prepared foods), as these do appear to raise cardiovascular disease risk.

Continue to emphasize fruits, vegetables and whole grains, and limit sweeteners and other high-glycemic-load carbs.