Jamie Oliver is at it again! 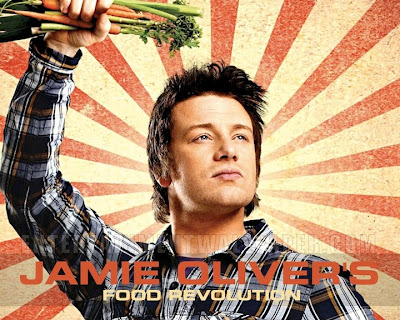 Last night Jamie Oliver's food revulution was on again with an all new season. I haven't finished the show, but here are some highlights of the night.
It is so fascinating to watch! Hope you will tune in to ABC Tuesday nights 7/8 central. Click here for more info on the show
Posted by Lisa at 2:11 PM